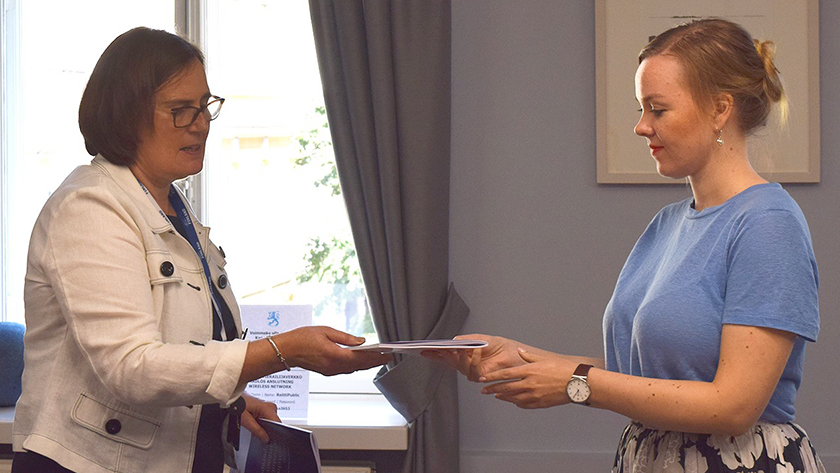 The National Cooperation Group on Nuclear Waste Management presented its final report to Minister of Economic Affairs Katri Kulmuni on 2 September 2019. It is the group’s opinion that it is important to ensure appropriate management of all existing and future radioactive waste in Finland, regardless of its origin, producer or production method.

According to the group, Finland must have in place procedures that cover the processing, storage and disposal of all nuclear waste as well as other radioactive waste originating in Finland.

According to the final report, it is expedient to primarily use the existing infrastructure for waste processing, storage and disposal. This would require cooperation among waste producers and development of the nuclear facilities’ licence procedures.

From the licence holder’s perspective, cooperation is feasible if it does not affect companies’ electricity production or the sociological acceptability of operations. However, making changes to the licences of nuclear facilities requires a relatively slow, full-scale licence procedure that consists of multiple phases.

Licence procedures could be developed by legislative means; efforts should be made to ensure adequate flexibility while upholding the important principles of the Nuclear Energy Act such as the correct level of decision-making, risk-awareness, the opportunity of locals to influence, and society’s participation.

In June 2017, the Ministry of Economic Affairs and Employment appointed a working group to explore the objectives, development measures and alternative solutions for safe and cost-efficient nuclear waste management and other radioactive waste management from today well into the future.

In the future, cooperation should also be developed in the interface of the Nuclear Energy Act, Radiation Act and Waste Act.

According the to the working group, waste released from supervision under the Nuclear Energy Act and Radiation Act has been found harmless with respect to its radiation properties, which places it under supervision pursuant to the Waste Act. However, certain prejudices are still attached to such waste, which makes its appropriate management more complicated.