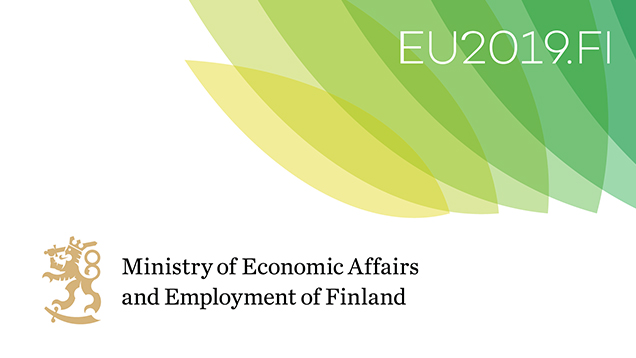 Finland held the rotating Presidency of the Council of the European Union since 1 July 2019. During its six-month presidency term, Finland chaired the Council’s meetings of ministers and those of working groups and experts. It is the duty of the Council presidency to take forward the EU’s legislative work and policy initiatives within the Council, and to ensure the continuity of the EU agenda.

Finland chaired both the Council's official meetings in Brussels and Luxembourg and the informal meetings held in Finland.

The Prime Minister's Office was responsible for the overall planning and implementation of Finland’s Presidency.

The presidency preparations at the Ministry of Economic Affairs and Employment was coordinated by the EU and international affairs team. See contact details.

The priorities for Finland’s Presidency were

During Finnish Presidency, the Ministry of Economic Affairs and Employment was responsible for leading the work of the following Council configurations: