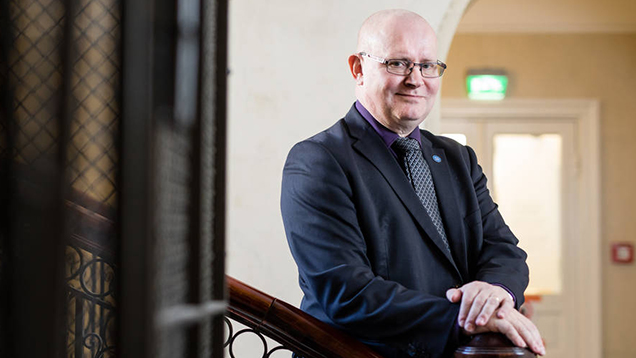 “Regular meetings with the unemployed provide a practical way to reduce unemployment. Interviews offer an opportunity for genuine human contact. They provide a better insight into the person’s current situation and challenges experienced with job seeking. These meetings have facilitated employment,” explains Jari Lindström, Minister of Employment.

“Scheduled interviews with clients at Employment and Economic Development Offices, or TE Offices, will be needed going forward. Client-oriented work to facilitate employment requires a mutual understanding between the jobseeker and the TE Office regarding services that promote the person's employment. This understanding is best established in a face-to-face meeting,” Minister Lindström emphasises.

According to a recent study, interviews with the unemployed have generated cost benefits as they have allowed more efficient service provision to clients. The clients of TE offices found the regular interviews mostly useful.

Several changes to employment services and unemployment security came into force in early 2017. One of the much-discussed changes was interviews with the unemployed, which were to be conducted regularly every three months.

“Having such a frequent contact with the unemployed is no small matter, because new periods of unemployment begin all the time, and the periods are getting longer. The initial estimate was that approximately one million interviews would be conducted per year. The system of conducting more frequent periodic interviews has started out well. It also required additional resources at the TE Offices,” explains Minister Lindström.

A study has been published today, on 8 March 2019, assessing the effects of more frequent interviews. The study was conducted by MDI Public Oy, TK Eval, Melkior Oy, Mikko Kesä Oy and Arnkil Dialogues. The study is part of the of the 2018 Government plan for analysis, assessment and research.

According to the estimate of the Ministry of Economic Affairs and Employment, the number of unemployed decreased by 20,000–30,000 in 2017 as a result of the interviews.

Read more about the study (in finnish)