For the EU to become a leader in climate policy, strong coordination between the EU institutions and the member states is required. Despite its uninspiring name, the Governance of the Energy Union may turn out to be a key instrument in the EU energy and climate policy; perhaps more important than was initially expected. In addition to the specific obligations, the importance the member states and institutions assign to the common planning and coordination system will be of great significance. The system will undergo its first test this year during Romania’s and Finland’s Presidency of the Council of the European Union. 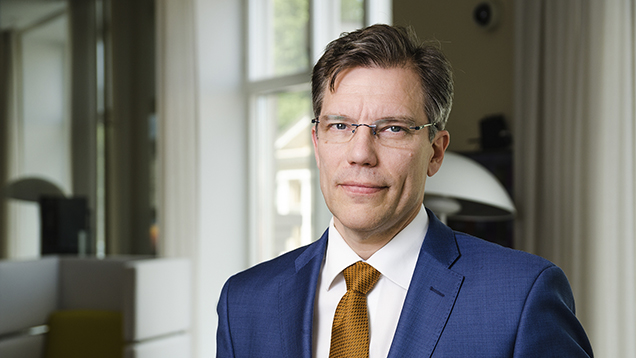 The Energy Union is made up of five dimensions: energy security, internal energy market, energy efficiency, carbon reduction (decarbonisation and renewable energy), and research, innovation and competitiveness. The Regulation on the Governance of the Energy Union entered into force on 24 December 2018, after two years of negotiation. This marked the creation of a system that will steer the actions required to meet the goals of the Energy Union and those specified in the Paris Agreement on climate change.

According to the Renewable Energy Directive, the share of renewable energy of the EU’s total final consumption should be 32 per cent by 2030, but no national goals have been set for member states. For this and other EU-level goals to be met, the actions of the member states need to be monitored and steered. In practice, this will take place in the form of plans, reports and recommendations issued by the Commission. Ultimately, the Commission may – as always – make legislative proposals to pursue joint goals.

The first thing member states were required to do by the end of 2018 was to submit their drafts for an integrated National Energy and Climate Plan (NECP). Although this deadline was very tight - only a week from the entry into force of the regulation - member states had more or less already decided on the content of their plans. Finland submitted its draft before Christmas.

In general, the procedure for how the NECPs will be processed this year is only just taking shape. The essential thing besides continuing the dialogue between the Commission and the member states is to maintain situation awareness and to have discussions in the Council of the European Union.  At this time, it is estimated that the NECPs will be discussed at the first Energy Council under Finland’s Presidency, in September. The final NECPs are to be submitted to the Commission by the end of the year.

However, at this point it can be said that the Commission is working very thoroughly in assessing the draft NECPs, and is involving the member states extensively in this work. Assessment is being conducted both formally and informally. This is all fine and well; however, an unnecessarily detailed and resource-intensive reporting process is not called for.

Therefore, it is important that the Energy Council seeks to establish politically consistent practices and to ensure an effective process. After all, it is the member states that are ultimately collectively responsible for the achievement of EU targets.

Here, too, we should focus on the big picture. While EU-level targets on energy efficiency are admittedly important, greenhouse gas reduction is the key priority. Similarly, an increase in renewable energy use should not be merely subject to mechanical assessment; instead, a more important long term goal is to give up fossil fuels. These facts should be taken into consideration when recommendations and joint policies are formulated for each member state, as should the potential of the member states to cost-effectively use different energy and climate policy instruments.

Long-term goals and actions are needed

Before issuing the governance regulation in November 2018, the Commission published a communication on its vision for a Long Term Strategy (LTS) on low emissions. It was not an actual legislative proposal, but the key motivation of the communication was to achieve a carbon-neutral society by 2050.  It was particularly useful to see the analysis of different means of reducing emissions in various industries as well as the scenarios on how to implement such reductions, which were appended to the communication.

During the Romanian Presidency, the LTS will be discussed in various formations of the Council of the European Union, and by the European Parliament’s committees.  The Energy Council will have its discussion on 4 March. Wider discussions are needed because a transition into a low-carbon society will require practical measures in all walks of life.

New goals and targets for 2030 will need to be identified relatively soon, because the EU, as all other parties to the Paris Agreement, will need to submit their updated Nationally Determined Contributions to the UN Framework Convention on Climate Change (UNFCCC) secretariat by 2020.

The main thing is, of course, that the existing actions are likely to reduce EU’s emissions well above the target of 40 per cent of the 1990 level. The agreed increase in the use of renewable energy and energy efficiency will result in a reduction of 45 per cent.

The Netherlands have suggested that the EU should reset it emission reduction target to 55 per cent. Prime Minister Sipilä referred to this target in his speech at the European Parliament on 31 January, which was part of a series of speeches in which the leaders of the EU member states share their vision for the future of the EU.  Now, just before the parliamentary elections in Finland, eight out of nine parliamentary parties support this goal.

The Regulation on the Governance of the Energy Union requires that the member states prepare a national LTS by 1 January 2020. Most likely the original idea behind this was that the national LTSs would serve as an input for a joint EU LTS. However, both are now being prepared side by side.

But in terms of the outcome, that is of secondary importance: the NECPs, the national LTSs and the Union’s LTS must nonetheless be integrated to create a coherent system. They must also beregularly updated. This iterative process, which involves repeating rounds of analysis or a cycle of operations to reach the desired result, is at the core of the governance model.

One of the central elements is cooperation between the energy and the environmental ministries. Matters linked to the governance of the energy union fall under the auspices of the Energy Council, and the EU’s LTS preparations under the Environment Council. Where Finland is concerned, I don’t see any problems with coordination here.

Regardless of the process, at this stage it is essential to pay attention to the longer term low carbon pathways in societies. The energy sector is very capital-intensive and has long investment cycles. Similarly, any efforts to create bigger natural carbon sinks require patience. For these reasons, our energy and climate policy needs a predictable, long-term approach.

Responsible and sustainable policy also includes investments in low-carbon technologies and solutions. This dimension of the Energy Union provides us the most effective means of reducing global emissions.

Riku Huttunen is Director General of the Energy Department at the Ministry of Economic Affairs and Employment.