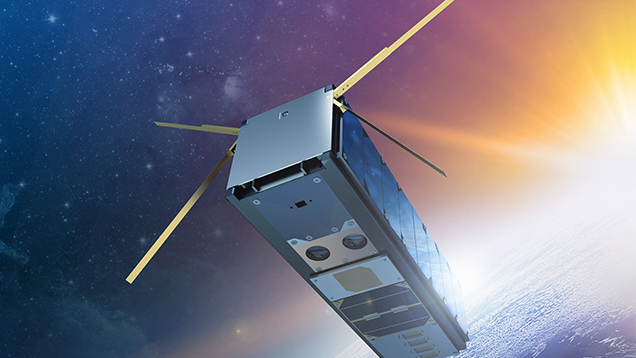 The Ministry of Economic Affairs and Employment is responsible for international cooperation in the space sector with organisations such as the European Space Agency (ESA), the European Union (EU) and the (United Nations Committee on Peaceful Uses of Outer Space, UN COPUOS).

Headquartered in Paris, the European Space Agency (ESA) is an international organisation that promotes cooperation between its 22 member states in space research, science, technology and applications.

Finland has been a full member of the ESA since 1995. Finland’s annual contribution to the ESA budget has been EUR 19.5 million (0.6%). Most of these contributions are returned as contracts awarded to Finnish businesses and research institutes (geographic return). Through ESA, Finnish actors can take part in extensive joint projects, and gain global references. Business Finland coordinates Finnish participation in ESA programmes.

Finland has actively participated in programmes involving remote sensing, telecommunications, navigation and the safe use of space, as well as in several projects under the science programme. Finland has not participated e.g. in manned space flights or programmes to develop launch vehicles.

The Competitiveness Council discusses current space policy issues twice a year, in May-June and in November-December. The Council’s Working Party on Space is responsible for preparing matters for discussion. In Finland, the Ministry of Economic Affairs and Employment is responsible for preparing space policy related matters for discussion in the Competitiveness Council and the Working Party on Space. Committee work related to the EU Space Programme is carried out by the Ministry of Transport and Communications and agencies within its administrative branch.

The UN Committee on the Peaceful Uses of Outer Space COPUOS

UN Space Treaties (Treaty on Principles Governing the Activities of States in the Exploration and Use of Outer Space, Agreement on the Rescue of Astronauts, Convention on International Liability for Damage, Convention on Registration of Objects, Agreement Governing the Activities of States on the Moon) were prepared by the COPUOS in the 1960s and 1970s. Since then, it has proved very difficult to reach a consensus on new conventions or amendments conventions. The current development of space law is largely based on non-binding resolutions and guidelines drafted by the Committee and other international cooperation bodies, which Member States can incorporate into their national legislation. In summer 2019, Guidelines for the Long-term Sustainability of Outer Space Activities of the Committee on the Peaceful Uses of Outer Space were adopted.