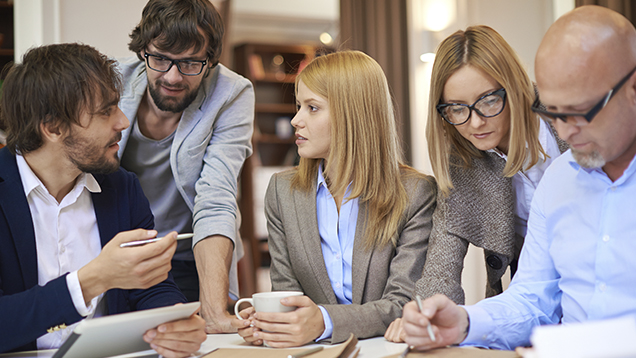 The current Finnish Act on Co-operation within Undertakings aims to promote dialogue between employers and their employees. However, it is often seen merely as an act on terminating employment. A major overhaul of the Act is needed to ensure better dialogue and developing of practices at workplaces.

These are among the proposals offered by Katarina Murto and Rauno Vanhanen, who were commissioned by the Ministry of Economic Affairs and Employment to review the needs to amend the Act on Co-operation within Undertakings. They submitted their report to Minister of Employment Jari Lindström on 5 November 2018.

The report authors propose that the provisions concerning workforce reduction be moved from the Act on Co-operation within Undertakings to the Employment Contracts Act. A new act would be issued with provisions on dialogue and the developing of enterprises’ operational practices and employees’ opportunities to influence their work.

“We need to reform the Act on Co-operation within Undertakings. There is a growing demand for constructive co-operation between employees and employers. The report is a good starting point for launching the reform process already this electoral term. I will be appointing a tripartite working group already this year to prepare the reform,” Minister of Employment Jari Lindström says.

New act would apply to smaller enterprises than at present

A key goal of the new act would be to give employees better opportunities to influence their work and get information from their employer. This would also contribute to business success. The report authors propose that the new act apply to enterprises with at least ten employees. Employees would get more opportunities to get information and influence their work, and they would get a more equal right of initiative.

Workplaces and social partners should be given more freedom to agree on ways to improve dialogue and interaction between employers and employees, according to the report. This would mean simplified and streamlined procedural rules governing the time period for dialogue and for recording and communication practices, among others.

Provisions on workforce reduction moved to the Employment Contracts Act

The report authors propose that the provisions on workforce reduction procedures in chapter 8 of the current Act on Co-operation within Undertakings be moved in full to the Employment Contracts Act. The provisions would apply to all workplaces with at least ten employees, but only in situations where at least five employees are affected by the reduction procedures over a specified period of time.

It is also proposed that the grounds for termination for financial and production-related reasons be specified and employees’ protection improved in the event of restructuring of work or production.

The current Act on Co-operation within Undertakings is more than a decade old. The Government decided in its spending limits discussion in April 2018 to review the needs to reform the Act.

The report authors have consulted researchers, legal experts, labour law experts, experts from organisations of employers, employees and entrepreneurs as well as officials from the Ministry of Economic Affairs and Employment.

The report is available on tem.fi/julkaisut (in Finnish).