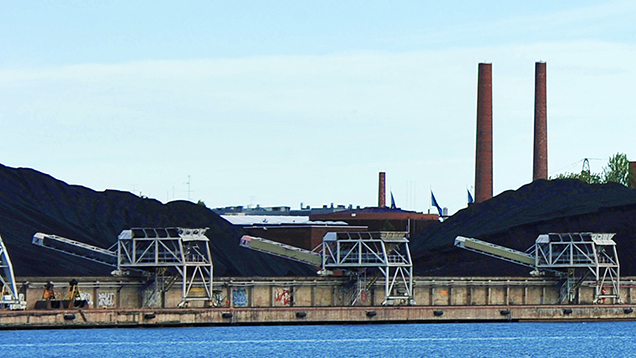 Coal-fired power and heating generation will be banned as of 1 May 2029. The Government will present its bill for approval in the presidential session on Friday, and if approved, the act would enter into force in early April. Similarly, bills to promote the use of transport biofuels and biofuel oil for heating and machinery will be presented for approval on 29 March 2019.

“The bills to be approved all have the same goal: more determined and accelerated action for climate change mitigation. We are among the first countries to phase out coal. It is important that we were able to put an end to coal burning,” Minister Kimmo Tiilikainen underlines.

The Parliament was unanimous in its decision to ban the use of coal: the government bill was adopted by a vote of 170–14 in early March.

The coal ban is also part of Finland’s National Energy and Climate Strategy to 2030. Our far-reaching energy policy aims to phase out the use of fossil fuels in energy generation and move towards an emission-free energy system. Coal will be the first fossil energy source to be banned in energy production.

The coal ban will promote a low-carbon energy system, drive the use of renewable energy

sources, and ensure a healthy living environment. The coal ban will cut carbon dioxide emissions by approximately one million tons a year. It will also reduce other emissions, such as sulphur dioxide and heavy metal.

The relatively long transition period ensures the reconciliation of different kinds of public and private interests. Coal-fired power generation is already declining, and by the time of the 2029 ban, it would be down to 3.4–4.3 TWh.

Government bills on fuel distribution obligations will also be submitted for approval in the presidential session on Friday.  The obligation to distribute biofuels will be tightened gradually in the 2020s. These acts will enter into force on 1 April 2019.

Distributors of light fuel oil will be assigned a new obligation to replace some of the light fuel oil used in heating, machinery and stationary engines with biofuel oil as of 2021. This obligation will be increased gradually from 3% to 10% in 2028.

The obligations regarding biofuels and biofuel oil are part of the implementation of the National Energy and Climate Strategy and the Medium-Term Climate Change Policy Plan to 2030. Their aim is to reduce emissions, increase the use of renewable energy sources and decrease the use of imported oil.