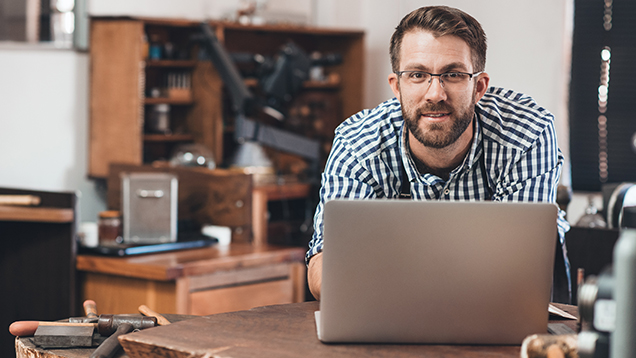 According to a recent survey conducted by the Ministry of Economic Affairs and Employment, start-up grants were perceived as an incentive to starting a new business, and offered a faster track to starting a company.

The survey asked entrepreneurs who had received start-up grants in 2011–2019 and experts on start-up funding to provide their views on the effectiveness of start-up grants. Other areas covered included the recruitment capabilities of companies and their ability to identify the skills they need. The objective of the survey was to provide an updated overview of the services available to new entrepreneurs, and to provide information to drive business renewal and support the establishment of new growth-oriented companies. The results of this survey were compared against those of the previous study on the effectiveness of start-up grants, which was published in 2012.

According to the survey, the main motivational factors for becoming an entrepreneur or self-employed were the same as in the 2012 study. The respondents listed the desire to create a job themselves, freedom and independence in working life, and the ability to make better use of their professional skills and education as the main motivational factors. The overview of the start-up funding echoes the views expressed in the 2012 report. Entrepreneurs who had received start-up funding felt that although the grant had encouraged them to start up a business, it was not the main inspiration. Guidance and advice regarding start-up funding and entrepreneurship training were also considered important.

Overall satisfaction with the speed of decision-making, payments and the application process increased. Regional differences in interpretation in the start-up grant decision-making processes were identified as the biggest challenge. The growing importance of part-time entrepreneurship and self-employment represents a challenge for the start-up funding system. On the whole, both entrepreneurs receiving start-up grants and experts were satisfied with the communication regarding start-up funding.

When asked about development needs, experts said financial advisory services should be part of the application process. Recommendations made based on the survey included making start-up grant practices and processes more consistent, and changing the start-up grant eligibility criteria to take better account of new forms of work and self-employment. In addition, the process should permit making preparations for business activities before the entrepreneur receives any start-up funding.

The survey showed that the majority of companies felt they had good recruitment skills. The survey was sent to companies that had already used recruitment services, such as those provided by TE services, which partly explains the result. According to the experts, areas most in need of development in the recruitment process were identifying and specifying recruitment needs, international recruitment, and profiling the job role for recruitment purposes.

According to the survey, difficulties with identifying the skills needed were often linked to the lack of resources in companies, the weakness of strategic development and foresight, and, according to experts, lack of competence in senior management. Meanwhile companies felt that their biggest challenges were identifying and managing change. Companies that need help with recruitment appreciate a fast and efficient recruitment process, simplicity and a small workload, as well as the ability to catch the attention of potential employees.

The rapid changes caused by the digitalisation of companies in their business environment also reflect on recruitment. According to the survey, the role of digital channels and tools in recruitment will grow while the importance of traditional recruitment methods will decrease. Recruitment-related phenomena showing particularly significant growth include outsourcing of tasks to self-employed persons, using subcontracting networks and temporary agency work, and networking with peer companies. Employer image plays an important role in successful recruitment.

The recommendations derived from the survey underline the need to be able to predict which skills will be needed. Recruitment competence and the ability to predict which skills will be needed should be more closely linked to corporate strategic development, and foresight methods and tools should be more widely used. So far, relatively little research has been conducted on recruitment competence and service needs related to the ability to identify the skills and competences needed. Therefore, more information on these topics is needed. TE services should also be more actively advertised to companies.

The survey was conducted between September 2019 and May 2020 by 4FRONT Oy.