The 2018 Draft Budget of the Ministry of Economic Affairs and Employment: Building conditions for growth 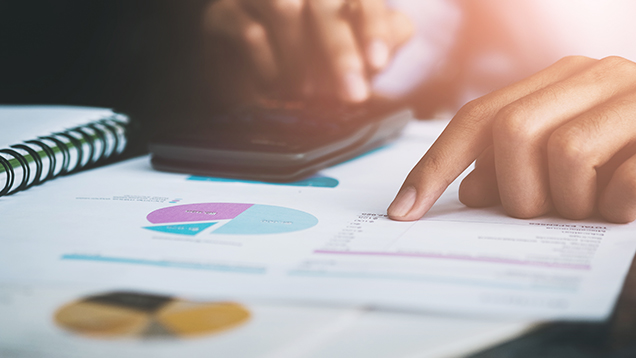 The key reason for reduced costs is that it is no longer necessary to allocate funding to purchase shares for the capitalisation of Terrafame Group Ltd (- EUR 100 million), the decrease in public employment and business services appropriations and appropriation transfers (- EUR 80 million), and reduced payments by Funding Agency for Innovation Business Finland (- EUR 23 million) which will start at the beginning of 2018.

In line with the spring 2016 government discussion on spending limits, additional allocations will be made to support growth, internationalisation and innovation policies.

As of 1 January 2018, Tekes and Finpro will be merged to form an actor called Business Finland. Business Finland will bring all services related to innovation funding, exports, investments and promoting tourism under the same roof.

A total of EUR 83 million is proposed as its operating costs. The appropriation includes, as part of the Tourism 4.0 project, an additional investment of EUR 5 million in the growth and employment of tourism.

In addition, in line with the Government Programme key project funding will allocate EUR 49 million to implement industrial and business policies; this is EUR 6 million more than in the Budget for the current year.

Key project funding focuses on accelerating cleantech and bioeconomy solutions and the commercialisation of research results; all in all, separate key project funding of EUR 122 million will be spent on these themes in 2016-2018.

To boost growth, funding will be allocated, among other things, to finance joint projects between companies, research institutes and the central government. This will accelerate the emergence of internationally competitive clusters of competence and ecosystems.

The role of job seekers is activated in job-seeking

The conditionality of unemployment security will be changed so that the unemployed and part-timers are obligated to seek employment more actively and independently than before. To support the reform, more coaching in job seeking will be offered and an increase of EUR 25 million in public employment and business services appropriations will be made.

The multi-professional low-threshold services for young people (Ohjaamo service points) will become permanent and for this purpose an additional appropriation totalling EUR 5 million will be included in the operating expenditure of Employment and Economic Development (TE) Centres. Cooperation will be strengthened among Employment and Economic Development (TE) Centres, Ohjaamo service points, the business sector and the third sector.

The costs of integration training will decrease by EUR 23 million while integration compensation paid to municipalities will remain at about the same level of EUR 232 million as in the Budget for the current year.

Regional transport assistance is proposed to be continued with the annual appropriation of EUR 5 million from 2018 onward.

Preparations to deal with potential insolvency of combined travel organizers

Possible insolvency of combined travel organizers will be dealt with through new legislation that is based on transposition of the European Union directives.

The Ministry of Employment and the Economy proposes that a new appropriation of EUR 125 000 be included in the 2018 Budget to allow the payment of costs when fast return flights for travellers are essential. Compensation can also be paid to travellers from this appropriation when the guarantees by travel organisers turn out to be insufficient. To cover the costs thus arising, the Government is planning to charge levies on the sales of combined travel services from travel organizers.

Production subsidy system for renewable energy is being revised

The Government's Energy and Climate Strategy that was completed in autumn 2016 states that the aim is to give up the current feed-in tariff for wind power and instead adopt market-based implementation of projects in the future.

Based on the technology-neutral competitive tendering to be introduced for the transition period, production subsidy will be paid to the most cost-effective and competitive investment projects in renewable energy.

During its mid-term policy review session in spring 2017, the Government agreed on the additional EUR 25 million for the implementation of the National Energy and Climate Strategy. In the budget session scheduled for late August the Government will decide on more detailed allocation of additional funding.

Draft Budget of the administrative branch of the Ministry of Economic Affairs and Employment  for 2018 (in finnish) was published on 10 August 2017 after the Ministry of Finance gave its feedback on the draft budgets of the ministries.