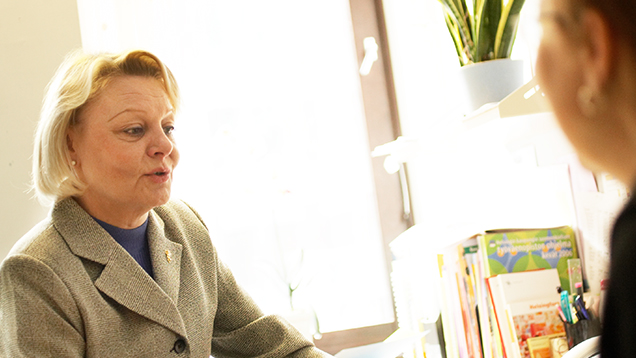 The number of long-term unemployed — that is those who had been unemployed without interruption for more than a year — amounted to 122,000, up 3,800 on the previous year. The number of unemployed jobseekers over 50 years of age was 131,600, or 4,600 less than at the same time a year earlier.

Unemployed jobseekers under 25 years of age numbered 48,100, representing a decrease of 4,300 from December last year. Among unemployed young people, the period of unemployment ended within three months on average in 62.8% of cases between January and December, which was the same as the year before.

Increase in number of new vacancies

At the end of December, the number of persons covered by services included in the activation rate amounted to 114,100, up 6,500 on the previous year. These services include pay subsidies, labour market training, work trials and self-motivated studies.

According to Statistics Finland’s Labour Force Survey in December 2016, the number of employed persons was 34,000 more than one year earlier. The employment rate grew by 1.3 percentage points from last year to 68.3 per cent. According to the Labour Force Survey, there were 207,000 unemployed in December 2016, i.e. 34,000 fewer than in December of the year before. At 7.9 per cent, the unemployment rate was 1.3 percentage points lower in December than one year earlier.

Further information on the differences between the statistics:
http://tilastokeskus.fi/til/tyti/tyti_2015-04-28_men_001_en.html

Links:
Employment Bulletin of the Ministry of Economic Affairs and Employment:
http://www.temtyollisyyskatsaus.fi/graph/tkat/tkat.aspx?lang=en

Joint publication of the Statistics Finland and the Ministry of Economic Affairs and Employment
http://tilastokeskus.fi/til/tyti/tie_en.html