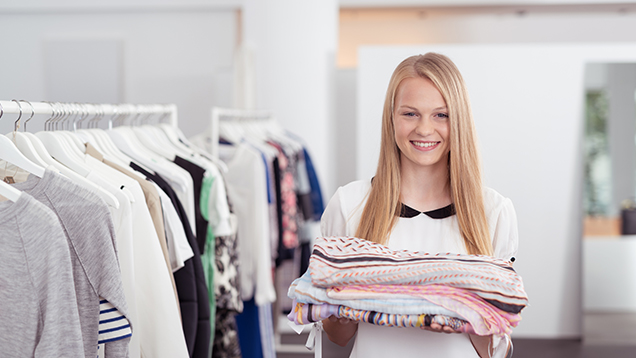 In November 2017, the European Globalisation Adjustment Fund (EGF) granted Finland EUR 2.5 million to assist those laid off from Anttila and Stockmann department stores. After the project was completed, nearly 85 per cent of those who had been made redundant had found a job.

The bankruptcy of the Anttila department store and the lay-offs of the Stockmann department store in autumn 2016 left more than 1,600 retail sector employees without a job. Finland quickly made use of a grant from the European Globalisation Adjustment Fund (EGF) for a project where services were provided to those laid off to help them find new employment.

– In recent years, Finland has primarily conducted EGF projects in the ICT sector, with excellent results. It’s wonderful to see that the experiences and results are equally good in the retail trade sector, says Coordinator Erja Nikula.

– The retail trade sector will continue to transform. That does not mean jobs will disappear, but competence requirements will change. Active competence building and skills updating will be required of people working in the sector, Nikula continues.

Training and coaching programmes have attracted the largest number of participants, but 24 new start-up grants have also been provided.

Finland has made extensive use of EGF support

The amount spent on EGF-supported projects in Finland during the EGF’s ten-year history is a total of approximately EUR 40 million, including both EGF and national funding. Finland has made use of EGF funding in connection with major job losses in the ICT sector in particular. In 2015–2016, Finland applied for more EGF funding than any other EU Member State.

In EGF-supported projects, the EU’s funding share is 60 per cent and the national contribution is 40 per cent. In cases of major structural change, EGF support is granted for active employment policy measures, such as different forms of training, education, promotion of mobility, pay subsidies and start-up grants.