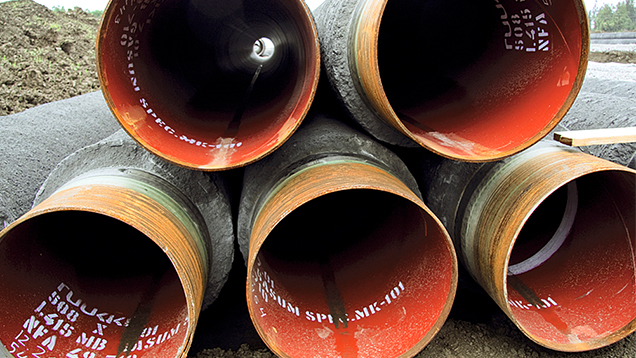 The European Commission has decided to allocate funding to the Finnish Baltic Connector Oy and the Estonian Elering AS for the construction of the Balticconnector gas pipeline between the two countries.

The project will be granted a total of EUR 187.5 million, which will cover 75% of its overall cost of EUR 250 million. The Balticconnector is scheduled to be completed by 2020.

The pipeline will enable gas transmission between the natural gas pipeline infrastructures of Finland and Estonia. Currently, Finland imports natural gas to its own network only from Russia. The new transmission capacity is a prerequisite for an effective opening of Finland's isolated natural gas markets to competition.

Balticconnector is a central link in the integration of Finland's gas network to the EU's common gas markets. At the same time, investments in the development of the Baltic gas infrastructure enable, for example, gas transmission between the Baltic region and Poland. Thanks to these investments, the Finnish and Estonian markets will also get access to the underground gas storage facilities in Latvia.

"This is a historic moment in Finland's energy policy. Finland's natural gas markets will finally open up following the diversification of import options. Together with the jointly built LNG terminals, the new pipeline connection will significantly strengthen the security of energy supply," says Minister of Economic Affairs Olli Rehn.

The Balticconnector will be funded from the European Union's Connecting Europe Facility (CEF). The CEF is meant to improve the security of energy suppy and to integrate Member States' energy networks in order to step up business and to enhance competition. The maximum amount of support granted to the Balticconnector reflects the project's importance for the EU.

"The Commission's support for the project's implementation is critical. Without it, the project would not be feasible," stresses Minister Rehn.

The Ministry of Economic Affairs and Employment has prepared amendments to the Natural Gas Market Act in light of, among other things, the pipeline connection. Amending the Natural Gas Market Act is intended not only to open up wholesale and retail markets to competition but also to improve the competitiveness of natural gas and to reduce regulation applying to natural gas companies. The legislative proposal is to be submitted to Parliament in September 2016.

Baltic Connector Oy is a wholly state-owned company. It was established in 2015 to carry out Finland's part of the planned gas pipeline project between Finland and Estonia.