Impact of Brexit on work and business from 1 January 2021 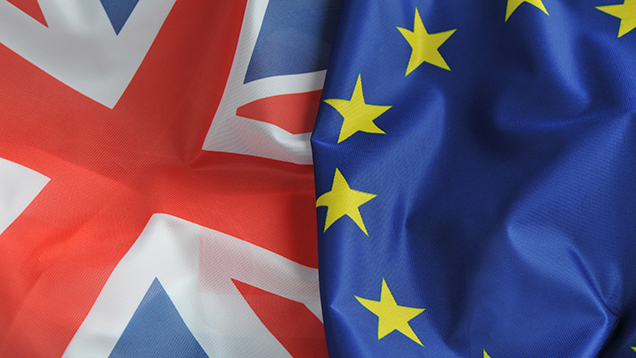 The UK’s withdrawal from the EU will be complete on 1 January 2021. The Trade and Cooperation Agreement and the complementary agreements on security of classified information and nuclear cooperation, which were agreed by the EU Commission and the UK on 24 December 2020, will be applied provisionally from the beginning of the year. The agreements have not yet been ratified but the provisional application of the agreements prevents the UK’s withdrawal from the Union without a deal. Brexit will have various effects on work and business.

Impact of Brexit on businesses

As is typical of free trade agreements, the agreement covers topics such as trade in goods, trade in services and investments, digital trade, capital transfers and payments, protection of intellectual property, public procurement, small and medium-sized enterprises, energy, transparency, good regulatory practices and regulatory cooperation, and provisions on equal conditions of competition and sustainable development.

The purpose of the agreement is to create conditions for trade between EU and UK companies. The agreement does not replace the internal market. The provisions in the agreement are considerably more general than the precise obligations in internal market legislation. The agreement reflects a more distant relationship between two sovereign parties, which inevitably means new barriers to trade compared with the current situation. The free movement of goods, services, capital and people ends.

However, the agreement is a comprehensive trade agreement and in parts more extensive than previous EU agreements. For example, the agreement grants a completely duty-free and quota-free treatment of products from each party as long as the products comply with the agreement’s rules of origin. It also includes rules on equal conditions of competition related to State aid, work and environmental regulation, fight against climate change, carbon pricing and tax transparency, as well as a binding dispute settlement mechanism and the option for countermeasures to ensure the effective implementation of the agreement. The agreement’s provisions on energy are more detailed than in EU trade agreements usually.

The agreement’s provisions on the UK’s participation in the EU’s research programmes are largely the same as the existing association agreements for the Horizon 2020 framework programme.

Impact of Brexit on citizens

Provisional application of the agreement

The UK’s withdrawal from the EU entered into force on 1 February 2020. A transition period, which entered into force as per the withdrawal agreement, lasted until the end of 2020. During this time, the EU’s current rules remained in force and the future relationship was under negotiation.

The EU countries decided on 29 December 2020 that the three agreements could be applied provisionally from 1 January 2021.  The European Council adopted the decision by written procedure on 29 December 2020. This prevented a “no-deal” scenario after the end of the transition period on 31 December 2020.

The provisional application of the agreement is set to end on 28 February 2021 at the latest. The European Parliament is expected to approve the agreements by then. The Council, i.e. the Member States, will subsequently take a formal decision on the approval of the agreements and they will enter into force definitely.