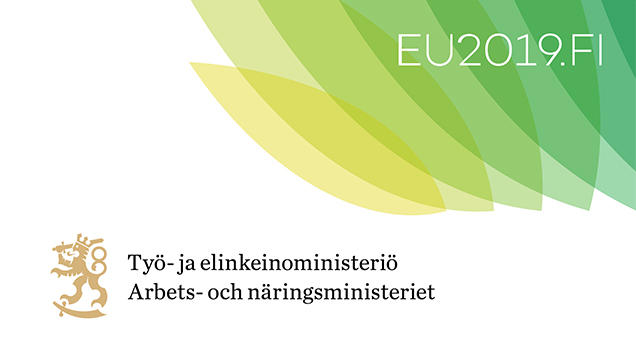 The main event of Finland’s Presidency in the field of competition and consumer policy, the European Competition and Consumer Day, will gather 250 experts in Helsinki on Thursday 26 September. The two main themes of the event will be the relationship between competition law and sustainability agreements, and consumer power in a digital Europe.

The programme of Finland’s Presidency of the Council of the EU is based on the idea of sustainability. Economic growth in Europe must be sustainable in terms of wellbeing, competitiveness and the environment. EU competition law and policy are not detached from this idea.

Among the issues is the extent that companies competing with each other can agree under competition law as regards agreements that promote environmental benefits, for example.

“The aim of the discussion is to outline how to increase the predictability of the interpretation of EU competition law. When companies are in doubt about the interpretation, they may not dare to conclude agreements that not only would be good for the environment but also permissible under competition law,” says Antti Neimala, Director General at the Ministry of Economic Affairs and Employment.

Strengthening consumers’ role a priority in the EU

The other theme of Competition and Consumer Day concerns strengthening the role and choice of consumers in the digital society. This wide-ranging topic will be approached from the viewpoints of consumer protection legislation, consumer my data and data economy, among other things.

A well-functioning internal market, smooth regulation and rapid development of digital technology create favourable conditions for active consumers. At their best, online services support consumers in making well-founded and sustainable choices for themselves and make it easier to switch from one service provider to another for a better deal.

How can we ensure this happens? Detailed data collected by companies on consumers can also lead to manipulation of consumer choice and personal pricing of services may result in discrimination of some groups.

This debate is based on one of the EU’s important priorities – strengthening the role of consumers in relation to businesses.

“The powers of EU consumer authorities will soon expand, the penalties imposed on businesses for breaches of consumer legislation will intensify and consumer rights on the Internet will improve. At Competition and Consumer Day, we will discuss whether the current situation is good for consumers – and if not, whether new measures are needed in legislation, by public authorities, organisations or some other body,” Neimala says.

Competition and Consumer Day is one of the events organised by the country holding the six-monthly Presidency of the Council of the EU. For Finland and its Ministry of Economic Affairs and Employment, which organises the event, stronger coordination of competition and consumer policy is essential.

“This will promote the functioning of the market and improve the position of consumers,” Neimala adds.

The speakers at Competition and Consumer Day held at Finlandia Hall on 26 September include:

Minister of Justice Anna-Maja Henriksson will give one of the opening speeches.