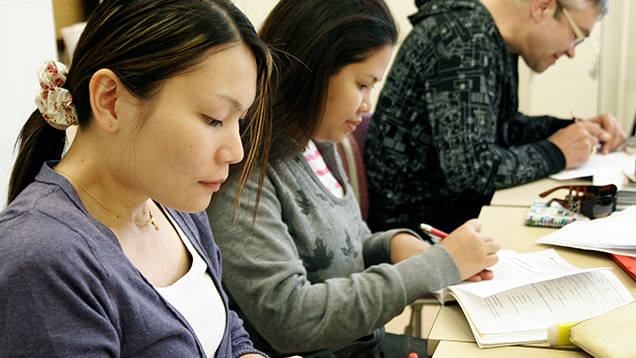 The Government’s proposal to comprehensively reform the Act on the Promotion of Immigrant Integration (hereinafter, the Integration Act) aims to strengthen the inclusion of immigrants in society and to make the promotion of integration more efficient. Another goal is to increase equality and wellbeing and advance good relations between population groups. The reform seeks to facilitate the path of immigrants towards employment and to improve the access of immigrant women and others outside the labour force to services.

The Government’s proposal for a comprehensive reform of the Integration Act, which was submitted to Parliament on 6 October 2022, would support the integration and employment of immigrants by developing early-stage integration services. Another aim is to ensure that the entire service system considers the needs of immigrants. The new act would repeal the old act with the same name.

“Smoother integration strengthens inclusion and makes it easier for immigrants to find work, which in turn opens doors to the Finnish society,” says Minister of Employment Tuula Haatainen.

Municipalities to have a larger role in promoting integration

The Integration Act is linked to the Government’s other major reforms, such as the employment services reform (TE2024). Providing and integrating services would be easier for municipalities if they could make use of services related to promotion of integration and employment as well as skills development.

“Municipalities have the best knowledge of the area’s characteristics, study opportunities and the needs of industry and business, and taking these into account supports the promotion of integration,” Haatainen says.

Integration programme to ease transitions to employment and education

All immigrants would be offered low-threshold guidance and counselling services and basic information about the Finnish society.

A municipal integration programme would be a package that includes an assessment of service needs related to skills and integration, an integration plan, multilingual orientation to Finnish society, education, other services that promote integration and employment as well as further guidance at the end of the programme.

With the legislative proposal, the Government aims to reach more immigrants to participate in integration services.

Municipalities would prepare an assessment of service needs related to skills and integration and an integration plan for both unemployed jobseekers and immigrants outside the labour force. Attempt would be made for the assessment to apply to beneficiaries of international protection, those receiving child home care allowance and victims of human trafficking, among others. If necessary, the assessments and plans would be carried out in cooperation between the municipality and the wellbeing services county.

“The reform aims to reach immigrants soon after they have arrived in the country and to ensure that those outside the labour force have better access to services. Providing access to services for parents caring for their children at home will promote the integration of the whole family. This is particularly the case for immigrant women,” Haatainen adds.

Language studies to include a final exam

Integration training, which is included in the integration programme, would include a final Finnish or Swedish exam. Support for self-motivated studies would be amended so that the opportunities of immigrants to develop their skills would not suffer even if the maximum duration of the integration plan were shortened.

Improving the identification of skills and harmonising integration training more closely with other employment and education services would make the educational and employment paths of immigrants more efficient.

Proposal would improve integration of services

The proposed act would clarify the process of assigning beneficiaries of international protection to municipalities and the responsibilities of different authorities at the early stages of receiving quota refugees. It is proposed that accommodation of unaccompanied minors in group homes would be carried out in accordance with the Social Welfare Act.

The comprehensive reform would simplify the funding system where the central government compensates municipalities and, in future, wellbeing services counties for promoting integration. Additional funding is proposed for municipalities because of the new duties.

Proposal’s relation to other statute drafting

The new act would clarify the responsibilities of the authorities, taking into account the proposed policies of the Government report on the need to reform integration promotion (VNS 6/2021) and the changes resulting from the establishment of wellbeing services counties as well as the reform of employment services.

The Ministry of Economic Affairs and Employment has also prepared a government proposal for acts amending the Act on Multisectoral Joint Services Promoting Employment, the Act on the Promotion of Immigrant Integration and the Act on the Municipal Experiment on Promoting Employment (HE 84/2022 vp), which would respond to the changes caused by the establishment of wellbeing services counties until the comprehensive reform of the Integration Act enters into force.

The Government has also submitted to Parliament its proposal for acts amending the Integration Act and section 14 of the Act on the Reception of Persons Applying for International Protection and on Identifying and Assisting Victims of Trafficking in Human Beings (He 135/2022 vp), which proposes amendments to two acts to ensure services for beneficiaries of temporary protection in all situations.

Comprehensive reform of Integration Act to enter into force in 2025

The Government proposal on the comprehensive reform of the Integration Act was submitted to Parliament on 6 October 2022. The act is scheduled to enter into force at the beginning of 2025, simultaneously with the reform of employment services.