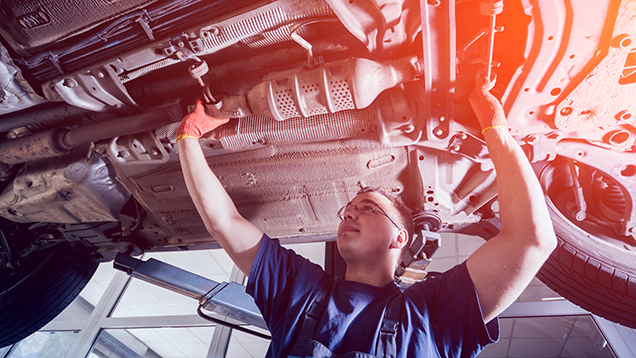 The expectations of SMEs for the future are stable but modest: the economic situation does not encourage growth, investment or job creation. These are the conclusions of the recent SME Barometer to which almost 4,600 entrepreneurs responded. The barometer was commissioned by the Federation of Finnish Enterprises, Finnvera and the Ministry of Economic Affairs and Employment.

Job creation slower than before

The expectations of small and medium-sized enterprises for near-term economic development have remained almost unchanged from last autumn. The change is modest, but negative. However, a larger share of companies (26%) believe the economic conditions will improve over the next 12 months rather than deteriorate (17%). Similarly, companies have lowered their expectations on both profitability and turnover performance since last autumn.

The slowdown in economic growth and uncertainties about the future weaken expectations on personnel growth. Considering the fact that in recent years SMEs have largely accounted for the creation of new jobs in the open sector, this is an alarming development.

“The economic outlook of SMEs is stable but modest. In an environment of weakening demand, companies don’t need more employees and they are unable to invest heavily, explains Mika Kuismanen, Chief Economist at the Federation of Finnish Enterprises.

Regardless, particularly growth-oriented companies continue to experience problems with the availability of labour.

“This is a complex problem, as indicated by the fact that well over half of all SMEs said the availability of skilled labour that meets their needs to some extent restricts their business growth,” Kuismanen says.

43% of companies reported that they seek growth; nine per cent of those pursue powerful growth and 34 per cent seek growth as opportunities arise. These are exactly the same numbers as six months ago.

Companies seek growth from multiple sources. Almost 60% of companies have provided training to their personnel. Skilled personnel play a key role in helping companies succeed, particularly in situations calling for agility and learning. Another indicator of companies’ willingness to reinvent themselves is the number of new products and services. Approximately one third of companies have brought new products or services to the market, and about one quarter have adopted new technologies.

The use of external financing in SMEs, especially in small enterprises, had increased slightly since the previous barometer. Finnvera’s services are used most by companies seeking aggressive growth: almost one in three plans to apply for Finnvera funding.

21% of companies intend to apply for funding over the next 12 months, which predicts rather cautious demand for funding. The positive thing is that 54% of those planning to increase their external financing intend to use it for investments in machinery and equipment.  This shows a slight increase from last autumn’s barometer.

“The barometer suggests that stringent collateral requirements are the most significant obstacle to financing. Last autumn, Finnvera introduced a new instrument to alleviate the shortage of collateral which affects smaller companies in particular. This SME guarantee requires no collateral and covers 80% of the loan granted by the bank,” explains Finnvera’s Chief Economist Timo Lindholm.