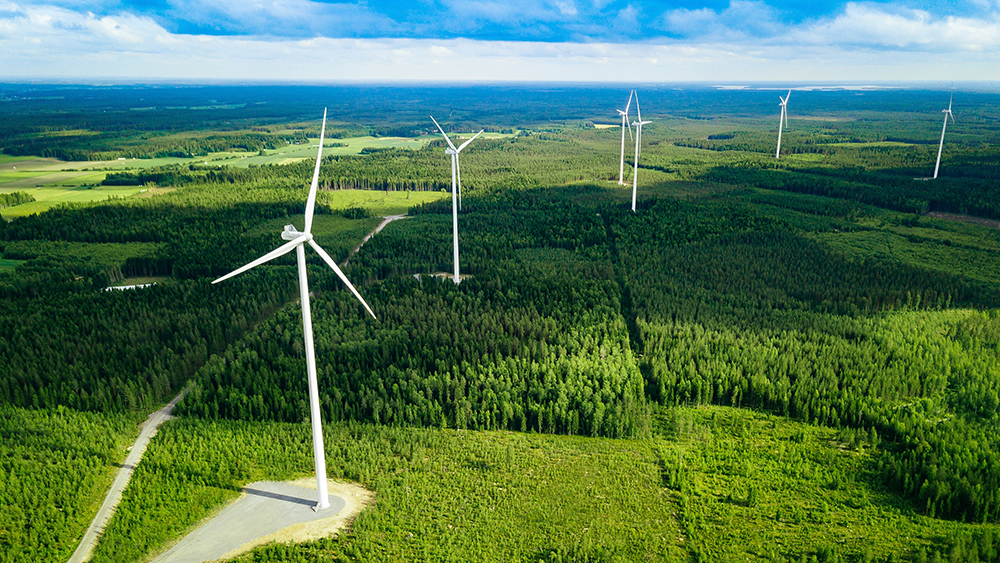 Last year, renewable energy accounted for 37% of total energy consumption in Finland, while imported fossil fuel based energy accounted for 35%. For renewable energy use, this was an increase of two percentage points, or five terawatt hours (TWh), from 2017. Wood raw material accounts for 74% of renewable energy production, hydropower for 9%, heat pumps for 5% and wind power for 4%. Wood fuel is the largest individual source of energy with its 27% share. Eight million cubic metres of forest chips were used for energy production, representing an increase of 3% from 2017.

The need to reduce greenhouse gas emissions has a major impact on energy policy.  Globally, investment in wind power, bioenergy and solar energy in particular is growing rapidly. At the same time, however, the use of fossil fuels continued to grow in 2018.

No improvement expected in employment

According to the SME barometer for the renewable energy sector, companies in the sector were significantly less optimistic about the general short-term outlook for the economy than those engaged in reference sectors or in the country at large. Estimates regarding the number of personnel were also clearly more negative than a year earlier.

Objectives of the Government Programme

According to the Government Programme, the Government will work to ensure that Finland is carbon neutral by 2035 and carbon negative soon after that. In order to achieve this goal, action will be taken to reduce emissions faster and to enhance carbon sinks. Reaching this target also requires tightening the emissions reduction obligation for 2030 to at least 55 per cent below the 1990 emissions level. The Government is also committed to reforming the climate policies of the European Union and Finland so that we can do our part to limit the global mean temperature increase to 1.5 degrees Celsius. In addition, Finland aims to be the world’s first fossil-free welfare society. With this in mind, electricity and heat production in Finland must be made nearly emissions-free by the end of the 2030s while also taking into account the perspectives of security of supply and servicing. Transport emissions must be at least halved from the 2005 level by 2030.

The renewable energy sector report and the SME sector barometer were published on 5 December 2019 in connection with an energy sector seminar held in Salo. The sector report discusses the current situation and outlook in the sector, while the sector barometer presents the results of the SME Barometer survey. The survey, carried out by the Federation of Finnish Enterprises, Finnvera Plc and the Ministry of Economic Affairs and Employment, examines the operations and economic operating environment of SMEs in Finland. In total, 6,133 companies responded to the SME barometer, 151 from the renewable energy sector.

The Sector Reports are a series of analytical reports on the economic situation and outlook in different sectors in Finland. The Sector Manager of each sector is responsible for compiling the report. Reports are based on the latest available national and international statistical data and foresight data.