Why does Finland’s employment rate fall short of the Nordic level? 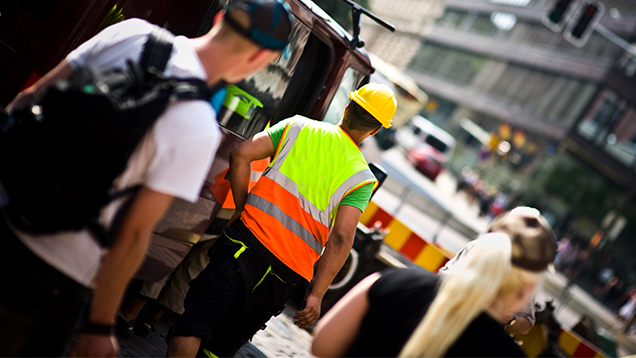 We are used to seeing the Nordic countries, and Finland in particular, among the world's top performers in most good and positive things. At present, however, Finland’s employment rate lags behind that of the other Nordics. In the longer term this has been true only in case of the elderly. What is now new is that Finland is left behind in terms of all levels of education (basic, upper secondary and higher), all age groups and both sexes.

This is revealed by an analysis by Johanna Alatalo, Liisa Larja and Heikki Räisänen, entitled “Employment rate disparities across the Nordic countries and some determinants for them”. The study describes employment disparities and characteristics in the Nordics, looks at economic trends and discusses the role of productivity, wages and industrial structure and the part played by certain labour market institutions in labour market developments.

Yet in terms of the full-time equivalent employment rate, Finland is not at the bottom; it supersedes Denmark and, in the case of women, also Norway.

“We bring up the rear in terms of how often people are employed, but we do somewhat more work than in Denmark and, for women, also more than in Norway. This is partly explained by the fact that the lowest part-time employment among the Nordic countries is found in Finland. Although part-time work is not so common here, a larger share among part-time workers do their work unwillingly,” says Research Director Räisänen.

“Following the financial crisis and up to 2016, economic growth in Finland was lower than in the other Nordics. However, we have caught up with them over the last few years. In short-term comparison, Finland has done well in terms of both labour productivity and labour input growth. Yet longer-term productivity and growth challenges remain unchanged,” notes Ministerial Adviser Johanna Alatalo.

The study brings out interesting aspects on the role of certain labour market institutions. In employment protection legislation (EPL), Finland comes in second among Nordic countries with a low level of regulation, right after Iceland. The average Finnish job tenure is the highest among the Nordics, an indication of low dynamics in jobs with short duration.

The unionisation rate in Finland stands at Nordic average levels, together with Denmark and Sweden. The share of Finland's population covered by labour market policy funding was outstandingly high in 2016. Despite the falling rate after that year, a special feature for Finland is the remarkably passive structure of labour market policy, which rests on unemployment security.

Finland's active labour market policy profile with a heavy emphasis on education and training also differs considerably from the rest of the Nordics: while Sweden focuses on subsidised jobs, Denmark invests in measures for persons with partial work capacity and also in training measures.  Whereas the share of active measures has remained at roughly one third of Finland’s total labour market policy expenditure, in the leading Nordic countries it represents two thirds at best.

“By Nordic standards, the funding for the public employment service has been scarce in Finland. Yet it is crucial for the success of the labour market policy as a whole,” Räisänen notes.