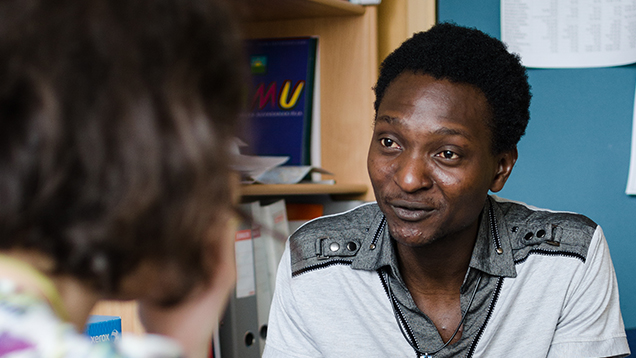 Those asylum seekers who arrived last autumn and have since then been granted residence permits are now integrating into Finnish society. More than one half of those who have received a residence permit have moved from the reception centres to municipalities. Many have registered as clients at Employment and Economic Development Offices and have a completed integration plan.

The aim is to make integration faster and more flexible. For that purpose, the Government prepared an integration action plan last spring, and it is currently being implemented.

People have mainly moved to the metropolitan area and growth centres

By the end of August, more than 4,300 people who had sought international protection had been granted residence permits during 2016. According to the information available to the Finnish Immigration Service, almost 60 per cent of them have moved to the municipalities.

This year, the number of places in municipalities negotiated by the Centres for Economic Development, Transport and the Environment has grown nearly threefold from what it was before. In August 2016, there were about 4,700 places in municipalities. There is currently a valid agreement governing the reception of refugees with a total of 186 municipalities, of which almost one hundred will for the first time or after a long time receive people who have been granted international protection.

However, the wishes of the municipality and the person granted a residence permit often do not match. Newcomers are attracted especially by immigrants’ own communities. People with residence permits tend to settle in the metropolitan area and provincial centres, although places based on the agreements would be available in municipalities elsewhere in Finland.

During the period examined, April–June 2016, about 1,600 citizens of Iraq, Somalia, Syria and Afghanistan registered as new unemployed job seekers. An integration plan had already been drawn up to three out of four, i.e. 75 per cent of them. There is some delay in the transition to use the services. A total of 16 per cent had started education or training or a work trial in the spring or summer. When a longer time period is examined, the share of those who have started an education, training or work trial reaches more than 50 per cent.

– We will try to find a path to education, training or working life for all clients. Preliminary observations suggest that many have considerable deficiencies in their education and vocational skills, although there is also expertise that we will try to make more efficient use of, for example, in economic activity. The integration is a significant challenge, says Jari Lindström, Minister of Justice and Employment.

Because the grounds for the residence permits of unemployed job seekers are not statistically recorded, citizenship is only an approximate indication of the situation among those who arrived as asylum seekers last autumn. The information concerns all registered unemployed jobseekers of these nationalities, and only some of them are asylum seekers who arrived last autumn and have been granted a residence permit. On the other hand, all asylum seekers that have been granted a residence permit, are not directed to Employment and Economic Development Offices because they are not part of the working age population or are otherwise not available to the labour markets (e.g. children and young people, housewives and people past retirement age who have received residence permits).