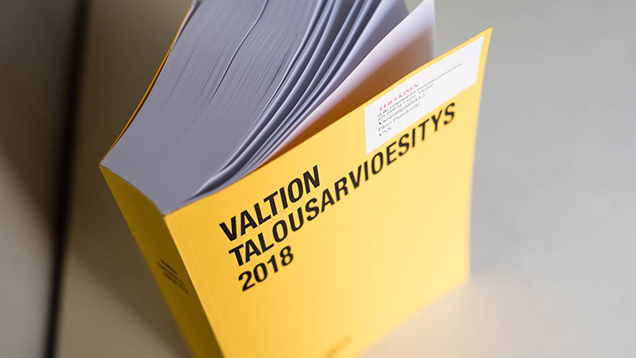 The budget for 2018 drawn up by Finland's Ministry of Economic Affairs and Employment is growth policy supporting the government's employment and growth objectives.

The growth policy reinforces the preconditions for economic growth. The speeding up of growth based on know-how will be provided with extra finance to be used in advancing research and innovation policies. This will provide the basis for sustainable growth, creation of new jobs, and wellbeing.

– We especially want to support rapid job creation, the Minister Economic Affairs Mika Lintilä and the Minister for Employment Jari Lindström point out.

– Finland's economy is now well on the way to the road to growth. Given this situation, it is especially important to secure a supply of skilled labour to companies, the two ministers emphasise.

Job seekers to be provided with support in finding jobs quicker

Regularly performed interviews and supplementary funds for job seeker coaching are aimed at providing applicants with better service and faster placement in the labour market.

Securing the supply of skilled labour

Job seekers' possibilities to further develop their know-how are being enhanced. The intention is to amend the Unemployment Benefits Act so that it will become possible to take part in study modules no more than 6 months in duration supporting occupational skills and entrepreneurship without losing one's unemployment benefits. However, a precondition in this regard would be that the applicant is simultaneously seeking work and prepared to accept job offers.

The experiment concerning retraining and upgrading of qualifications of people with tertiary degrees will be made a permanent feature. Finland's Laki julkisesta työvoima- ja yrityspalvelusta (transl. Act on public labour and enterprise services) has been temporarily amended so that studies leading to a new tertiary degree can be engaged in as labour force education and training for persons who already hold an earlier tertiary degree. The objective is to promote employment and to ensure the availability of skilled labour especially in rapidly growing fields of industry.

Mr. Esko Aho was assigned to study means of responding to the positive structural change in SW Finland. The Government commits itself to Aho's siltasopimus (transl. Bridge Agreement). which is connected, among other things, to the availability of labour, regional achievability, know-how, education and training, and research and development. This agreement will be drawn up by the end of this year and it will be implemented within the framework.

– We received Mr. Aho’s report on workable ideas regarding intervention in labour shortage in connection with positive structural change. The proposed Bridge Agreement will increase collaboration between the central government and the regions in the endeavour to eliminate ogres (causes for concern) connected to the labour force, says minister Lintilä.

In accordance with the decision taken at the ministerial framework conference on spending limits, the scope of mobility grants will also expand. Benefits will be paid in greater amounts if the job or education and training related to the job are offered at a distance of more than 200 kilometres from the job seeker's place of residence or if the job seeker has underage children to look after. In future, mobility assistance could be paid also for jobs involving less than 18 hours per week of work and for participating in education and training associated with taking a job.

Reducing youth unemployment is one of the points of focus at the ministerial framework conference on spending limits. Finding jobs for young people will be supported by establishing so-called Ohjaamo-toiminta (trans. "Navigator services") and by developing employment services aimed at young people.

The new "Navigator" service will have appended to it a new psychosocial support package aimed at doing away with young people's work-ability and ability-to-function problems as well as removing obstacles to their finding jobs, and for all this to happen at as early a stage as possible.

– We are developing services aimed at young people in close cooperation with private service providers. The objective is to guide 10,000 young people to the new services and for this we are setting aside 15 million euros to be used in public employment and enterprise services. Service providers will be paid only for results, i.e. for the progress by young people to engage in education and training or in work, minister Lindström says.

In addition, there will be increases in wage subsidies for people under 30 in connection with 3 and 6 month interviews and merging of wage subsidies in connection with job-seeking coaching and on-the-job-coaching.  The offering of vocational education and training is intended to be increased by 1,000 student places, especially in fields where there is a shortage of labour force.

In accordance with the decisions taken at the spring ministerial framework conference on spending limits, additional inputs will be directed at supporting growth and internationalisation and innovativeness.

Finland's Research Centre of Technology VTT Ltd's basic funding will be increased by 2 million euros which will reinforce the competitiveness and know-how especially of SMEs and of the growing export fields.

The Government has decided to promote changes in company ownership as a part of the entrepreneurship parcel by allocating 400,000 euros for this purpose in 2018. Successful ownership changes play a central role in securing of jobs and tax revenues.