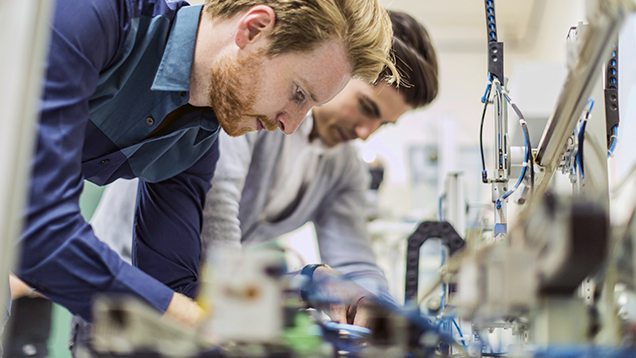 The Government’s proposed amendments to Chapter 5 of the Aliens Act would make it easier to apply for and receive work-based residence permits in Finland. The reform is part of a broader package that aims to reduce the average processing time of permits to a maximum of one month. The reform would also increase automation of the application process and allow certification of employers.

The Government aims to increase work-based and education-based immigration in order to ensure the availability of labour. That is why the Government proposes amendments to Chapter 5 of the Aliens Act and certain other provisions and acts. The government proposal was submitted to Parliament on 25 August.

The proposal aims to speed up work-based residence permit processes so that the average processing time for applications would be 30 days by the end of the government term.

“Migration and mobility of international talent are increasingly important issues for Finland’s wellbeing and competitiveness. The proposed amendments to the Aliens Act are part of the Government’s measures to make work-based and education-based immigration smoother,” says Minister of Employment Tuula Haatainen.

Goal is to utilise digitalisation and clarify rules

The new rules would allow more extensive use of automation to support decision-making. The permit authorities would also use information obtained from different official registers, which would eliminate the need to ask the applicant or employer for such information.

The Act would encourage applicants and employers to primarily use the online service. However, paper applications would still be accepted.

It is also proposed that the Act include provisions on certification of reliable employers, which would lay down rules on the requirements, effects, granting and withdrawal of certification. Certification would speed up the permit processes of both certified employers and others by freeing resources for other permit processing tasks.

“Through improved practices, residence permit processes have already become significantly shorter during this government term. Certification of employers is one way to speed up the process even more. However, we will ensure that the employers adhere to fair terms of employment, including pay,” says Minister of Employment Tuula Haatainen.

New types of permits to be added to the Act

The provisions on residence permits for entrepreneurs and high-growth startup entrepreneurs would be clarified, and those who have completed a degree or research work in Finland would receive a new type of permit. A residence permit for a specialist would also be added to the Act as a separate permit and it would include more detailed provisions on the determination of pay.

The reform would also make it possible to organise oral hearings of the applicants through a remote connection in the Finnish missions. If necessary, hearings could be held in the premises of an external service provider if the premises, arrangements, connections and safety have been secured.

Labour exploitation to be prevented by improving supervision

At the same time as Finland promotes work-based immigration, it also actively combats the exploitation of foreign labour. For this reason, the Government proposes to clarify the regulation on the supervision of the use of foreign labour.

Amendments to enter into force in December

The Government submitted its proposal on amendments to Chapter 5 of the Aliens Act to Parliament on 25 August 2022. The new legislation is intended to enter into force on 15 December 2022.