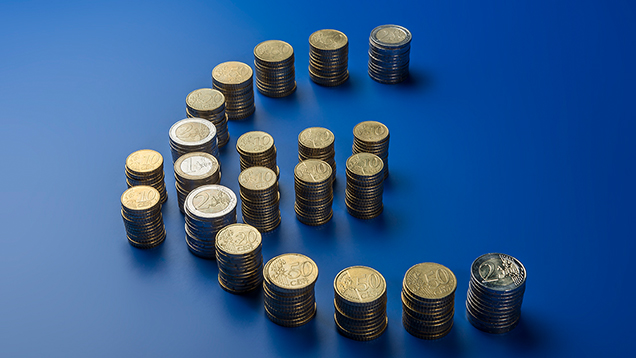 The EIB Group (European Investment Bank and European Investment Fund) has concluded an agreement with the Government of the Republic of Finland and the European Commission for the implementation of the SME Initiative in Finland, which will support Small and Medium enterprises (SMEs). It is expected that EUR 400 million of new SME financing will be provided under this Initiative.

Finland is contributing EUR 40 million from its European Structural and Investment Funds (ESI Funds) and national budget to this EU initiative, which will be leveraged with commercial lending through a risk-sharing mechanism. In addition to the contribution from the EIB Group, this will result in more SMEs benefiting from European resources on advantageous terms, such as reduced interest rates and improved collateral requirements. This financial instrument will act as a catalyst for private investment and foster job creation within the SME community.

The SME Initiative entails an innovative change in the use of ESI Funds, combining the latter with EU central budget (resources from the Horizon 2020 Programme) and EIB Group funds. A number of Member States have already begun to implement this programme, but Finland is the first Nordic country to do so. Following the signature today, the EIF will shortly publish an open call for expression of interest, inviting banks and other financial intermediaries to apply. Once selected, these banks and other financial intermediaries will make new funding opportunities available to SMEs.

During the signing ceremony, Olli Rehn, Minister of Economic Affairs of Finland, said: “The SME Initiative reinforces our policy for growth and jobs by substantially expanding lending to small businesses. The guarantees it provides will diversify financing from the Structural Funds to instruments with higher leverage than grants. Growth of EIB Group financing, visible also in Finland, is based on increase in the EIB capital some years ago”.

EIB Vice-President Jan Vapaavuori said: “EIB Group is pleased together with the Finnish authorities to announce this joint initiative for SMEs, as it should generate EUR 400 million of financing for SMEs over the coming years. Most new jobs created are in small businesses and enhanced access to financing is a prerequisite for continued growth and development within this vital sector of the Finnish economy”.

Commenting on the new initiative, EIF Chief Executive Pier Luigi Gilibert said: “I am pleased that EIF and Finland are implementing this joint initiative, Europe which should generate more than EUR 400 million of SME financing. This is a first in northern Europe. The combination of European Structural and Investment Funds, EU Horizon 2020 and EIB Group resources allows EIF to provide risk-sharing and capital relief to financial intermediaries to benefit SMEs.”

Commenting on this new initiative European Commission Director for Regional Policy, Rudolf Niessler said: “This pioneering initiative represents clear progress towards doubling the use of financial instruments in ESI Funds investments. It will ensure that funding reaches a greater number of Finnish small businesses.”

The SME Initiative Programme for Finland, adopted in May 2016 and funded by EUR 40 million from European Regional Development Funds (ERDF) and national budget, is part of a broader initiative of the European Commission and the EIB Group, to encourage Member States to double their use of European Structural and Investment Funds invested through financial instruments in 2014-2020. This is in line with the Investment Plan for Europe which focuses on removing obstacles to investment, providing visibility and technical assistance to investment projects and making smarter use of new and existing financial resources.

The SME Initiative is a joint financial instrument of the European Commission and the EIB Group.  It was designed as a fast and effective response instrument to increase lending to the real economy, create jobs and stimulate growth.

The European Commission adopted the Operational Programme SME Initiative for Finland on 26 May 2016 to boost the competiveness of Finland's micro, small and medium-sized businesses through increased access to finance.

About EIF
The European Investment Fund (EIF) is part of the EIB Group. Its central mission is to support Europe's micro, small and medium-sized businesses (SMEs) by helping them to access finance. EIF designs and develops venture and growth capital, guarantees and microfinance instruments which specifically target this market segment. In this role, EIF fosters EU objectives in support of innovation, research and development, entrepreneurship, growth, and employment.

About the EIB
The European Investment Bank (EIB) is the EU’s long-term lending institution and is owned by the EU Member States. It makes long-term finance available for sound investment, contributing to growth, jobs, regional convergence and climate action in Europe and beyond.