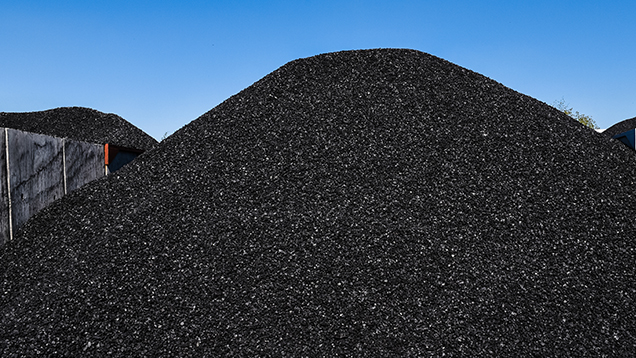 The Ministry of Economic Affairs and Employment has adopted new decisions concerning investment aid for projects that rapidly phase out the use of coal energy. Three projects in Espoo, Kirkkonummi and Vaasa received EUR 22,829,282 in aid in total.

In accordance with the Act approved in 2019, coal-fired power and heating generation will be banned as of 1 May 2029. According to the Government Programme, companies and communities that phase out the use of coal by 2025 can receive separate incentives to fund investments replacing coal.

The supported projects will reduce the energy use of coal by more than 1,700 GWh per year and fossil CO2 emissions by more than 660,000 tonnes per year.

“Support for phase out the use of coal has been an excellent way of accelerating the transition to zero-emission heat and electricity production. The three sites now being supported, will use heat pumps, waste heat and biomass to replace coal even before the statutory ban. At the same time, they are part of the transition from import-based fossil fuels to domestic renewable energy production”, says Minister of Economic Affairs Mika Lintilä.

The projects are part of broader plans to phase out the use of coal on an accelerated timetable in certain areas receiving aid. The recipients of aid will also implement other measures to phase out coal by 2025.

Fortum Power and Heat Oy received EUR 6,196,000 to construct a 20 MW air to water heat pump plant in Espoo’s Kera. The plant would be connected to a low temperature heat network in the Kera area and the Espoo district heating network.

Fortum Power and Heat also plans to recover heat from data centres in its district heating network areas in Kirkkonummi and Espoo. These projects received EUR 8,234,000. In the first phase, the company plans to construct 60 MW heat pump plants that will utilise waste heat.

Vaasan Voima Oy plans to build a combined heat and power plant, which is connected to a heat storage and uses biomass, in Vaasa. The aid granted for the project totals EUR 8,399,282.

The ban on coal energy will increase the need for emission-free forms of generation. Pöyry investigated the use of coal energy in Finland in 2018, on behalf of the Ministry of Economic Affairs and Employment. According to the report, significant amounts of coal were used for heating not only in Espoo, Vaasa and Turku, but also in Helsinki, Vantaa and Lahti in 2016. The coal plant in Lahti was closed in 2019 and Vantaa has announced it will discontinue the use of coal energy in 2022.

To phase out coal, energy companies have received incentives, in particular, for the use of non-combustion-based technologies in heat generation. Of district heating generation, renewable fuels accounted for around 42% and waste heat for 11% in 2020. The structures in the heat generation sector are in transition and there is a need for industrial-scale solutions, for example, to utilise waste heat in district heating.