Report: Four scenarios depicting the direction of regional development in Finland in 2040 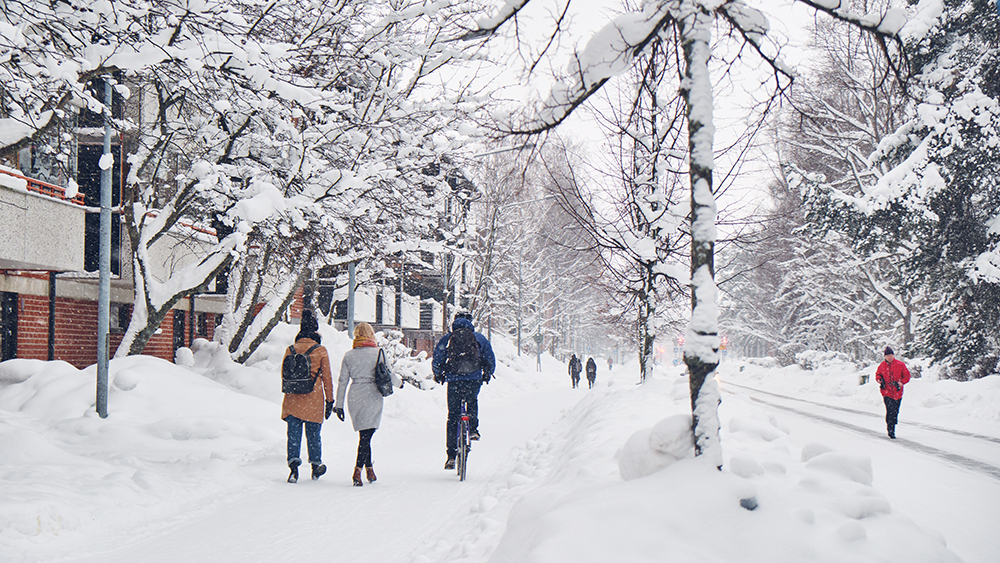 In a report commissioned by the Ministry of Economic Affairs and Employment, likely future outlooks for regional development in Finland have been examined through four different scenarios. According to these scenarios which extend to 2040, regional development may be globally selective, concentrated on raw materials and tourism, patchwork-like or balanced.

The scenarios have been examined from the perspective of Finland's integration with the global economy. The focus is on the overall picture of regional development and structure.

The report was prepared by researchers Markku Sotarauta, Teemu Makkonen, Sami Moisio and Heli Kurikka. The Ministry of Economic Affairs and Employment will use the report to draw up Finland's regional development strategy. The purpose of the scenarios is to serve as a basis for discussion and value choices. The report finds that none of the scenarios will be realised as such, but rather, these will be knit together in the future.

According to the report, Finland’s regional structure is becoming polarised. At the same time as the biggest cities are growing, small and medium-sized cities and the rural areas are being driven into a cycle of underdevelopment by a decline in population and economic activity.

The report states that the key issue in the future will be ensuring that Finland has world-class centres of expertise that are firmly linked to the flows and networks of the constantly changing global economy. It will be equally important to find a role for each region that best suits them as a part of this whole. The challenge will be to ensure that living conditions remain good in the parts of Finland outside the top economy and that smart adaptation is possible.

According to this scenario, the globalisation of the economy will not change significantly over the next 20 years. Innovation, technology and the international markets will remain at the core of strategies. The economic, political and scientific elite will be primarily connected with their own global networks. The majority of Finns will be connected, for the most part, to local and regional networks. Finland's production capacity will deteriorate with the exception of the drivers. The gap between the Helsinki Metropolitan Area and a few large urban regions and the rest of Finland will grow.

The main challenge for regional development is to prevent excessive tearing, so that social cohesion and political decision-making can be safeguarded.

According to this scenario, national selfishness will grow as a result of tensions within the EU and a crisis in international policy. Sectors that can integrate with the international economy in some manner, and thus bring currency revenue to Finland, will become the core of the economy. Such industries include tourism, mining, forest raw materials, data centres and wind farms. The growth of the interregional gap will slow down as the appeal of cities declines and the number of disadvantaged groups of people and urban neighbourhoods increases. The 'winners' of regional development will be those small and medium-sized cities and rural areas located at the core of resource and tourism areas.

Increasing RDI activities and the level of competence will be among the greatest challenges facing regional development.

According to this scenario, the core of the economy and its integration with the global economy will diverge. No sector or region will become an economic driver, and instead development will be characterised by fragmentation. Finland's capacity to develop and utilise digital solutions will depend on each given sector, and it will become separate from other development. In a patchwork-like Finland, we cannot talk about the gap between regions, but about many small cracks. Cities will become more polarised.

The greatest challenges in regional development will be the lack of a comprehensive awareness of the strengths of different regions and the fragmented focus only on "patches" that are naturally well developed.

According to this scenario, Finland will emphasise national cohesion and will not want the global operating environment to steer the country's development. Finland will not be as likely to react to pressures or changes from the market. Development will be characterised by stagnancy. Finances
develop steadily, but clearly at a slower rate than in reference countries. There will be a relatively good balance between regions, which is based on the current circumstances.

Impact of the coronavirus pandemic on regional development minimal

It is thought that the coronavirus pandemic has challenged many forces centralising regional development, and there is much talk of such things as multi-locality. According to the report, it is probable that the challenge will remain short-term and the impacts on the overall image of regional development will be minor. Previous "winners" will maintain their strong position.