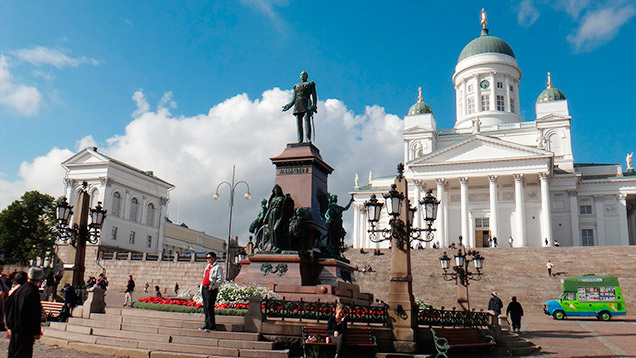 New legislation will facilitate seasonal work and the mobility of managers, specialists and trainee employees transferring within a company from one EU Member State to another. The President of the Republic approved the bills on seasonal workers and intra-corporate transfers on Thursday 14 December.

Seasonal workers are third-country nationals who stay temporarily up to nine months to work in an EU Member State and return to their home country after the season. Seasonal work includes work in the agriculture and tourism sectors, in which labour needs vary depending on the time of year.

Fewer than 15,000 seasonal workers come to Finland each year; most of them work in agriculture for a period of less than three months.

"Seasonal workers are essential to tourism and agriculture. The continued existence of many permanent jobs in the countryside depends on the availability of seasonal workers," says Ministerial Adviser Harri Sivula, who prepared the acts.

Seasonal workers in the tourism sector account for a much smaller group than those in agriculture, but due to a surge in the number of tourists from Asia the need for staff skilled in Asian languages has also grown rapidly. The domestic labour supply cannot meet this demand.

Seasonal Workers Act applies only to workers in an employment relationship

The Government will also issue a decree on the tourism and agriculture sectors which include activities that are dependent on the passing of the seasons. The proposal for the Government Decree will be issued on 19 December.

Better mobility of employees transferring within a company

The Intra-Corporate Transferees Directive (ICT Directive) applies to those employed by multinational companies who transfer from outside the EU to the territory of Member States, and from one Member State to another, when employed by the same company.

The new Intra-Corporate Transferees Act (ICT Act) will allow the holder of a valid intra-corporate transfer permit issued by a Member State to start working in Finland before the Finnish Immigration Service has issued its decision concerning the person’s right to work. The duration of the permit is at most three years. Intra-corporate transferees are essential employees for companies established in Finland, and therefore it is important to streamline their permit procedure.

Intra-corporate transferees under the ICT Act are managers, specialists and trainee employees transferring from a company established in a third country to work in a subsidiary of the same group established in Finland.

Both the acts are new. Until now, key immigration provisions have all been included in the Aliens Act. The acts will enter into force on 1 January 2018.